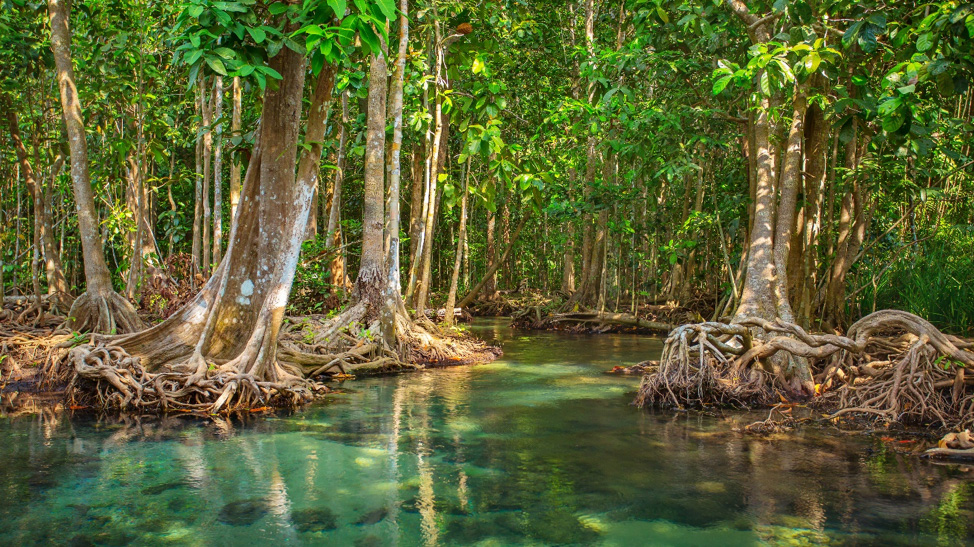 The More You Know: Mangroves

With over 35% of the world’s mangrove forests already gone and more expected to vanish in the future, many species, both aquatic and terrestrial, may find themselves without their vitally important habitat. These identifiable habitats get their name from the thick tangled prop roots of mangrove trees that extend far above the surface of slow-moving bodies of water. It’s this tangled mass of roots that stabilizes the sediment underneath and protects the coastline by preventing erosion due to wave action. In fact, mangrove forests have also been credited in reducing the coastal destruction caused by tsunamis.

Mangrove trees have adapted to survive in stagnant, oxygen-poor, salt water—an environment inhospitable to most plants and trees. Despite mangrove forests covering relatively little of the Earth’s surface, these environments have a remarkable ability to store atmospheric carbon dioxide, meaning they help combat climate change.

Their intricate root systems provide a sheltered habitat for many species of fish. Banded archerfish can be found in abundance in mangroves. Famous for their ability to spit high powered jet streams of water from their mouths, the tangled roots provide concealment from unsuspecting insect prey. 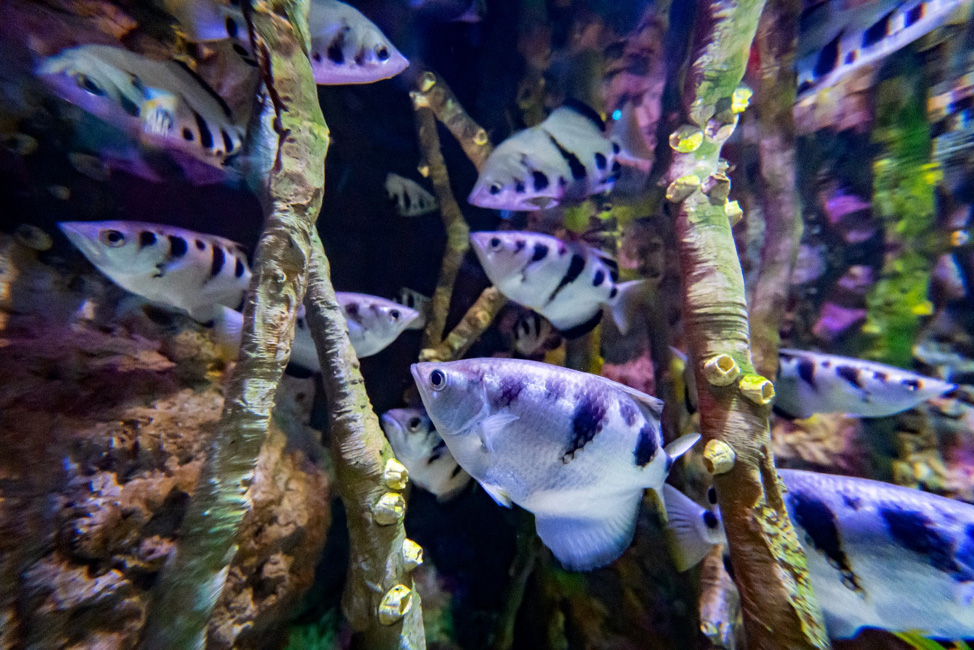 Perhaps the most conspicuous fish residing in mangroves are mudskippers. Mudskippers actually spend the majority of their time out of water. Strong lobe fins allow them to ‘walk’ on land and grab onto mangrove roots for shelter. Their unique ability to breathe through their skin and store water in their gill chambers provide the foundation to a more terrestrial life. 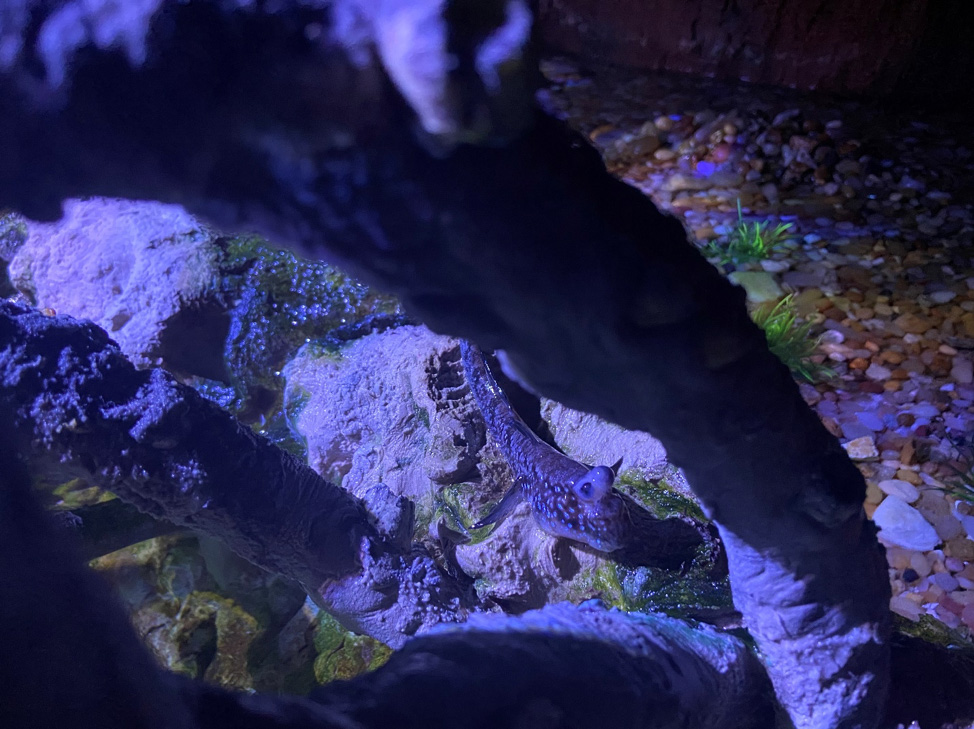 Aside from those species that reside in mangroves permanently, there are those just swimming by for a short period of time. Several species of sharks and rays are known to rely on mangroves as nurseries for their offspring.

Mangroves have continued to disappear over the years. Their less than ideal aesthetic has resulted in many areas clearing them out to host industrial infrastructure or coastal tourist attractions. Upstream dams and irrigation practices create additional pressure by diverting water that would otherwise reach mangroves forests downstream. The resulting droughts and hypersaline waters create an environment few organisms can withstand.

The IUCN is currently working to help restore these vitally important habitats.