STRANGER THAN FICTION: THE INSPIRATION BEHIND MYTHOLOGICAL SEA MONSTERS

It was explorer Robert Ripley himself who said that “truth is stranger than fiction.” Where tales of mythological sea monsters are concerned, this is definitely true. Ancient seafarers saw strange and wonderful real-life sea creatures on their ocean journeys, and through the power of imagination and oral storytelling, these animals took on larger-than-life proportions.

Today we’re taking a closer look at some fantastically strange sea monsters, and the real-life sea creatures that inspired them.

The legend of sirens or mermaids – half-human, half-fish and, in some versions of the story, sweet songstresses that lure sailors to their doom – is probably one of the best known tales of mythological sea creatures. From The Little Mermaid to “mermaid hair, don’t care,” mermaids and sirens proliferate our culture.

These stories are thought to have been inspired by a rather unlikely source. Manatees are the largest aquatic herbivores. Also called sea cows, they are big, slow-moving, mustachioed grey animals related to elephants. They are from the order Sirenia, a clue that they were probably the animal that inspired written documents about so-called sirens 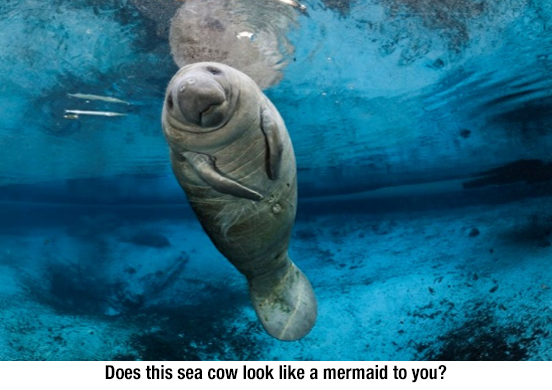 So how did the giant, slow-moving sea cow inspire the legend of mermaids? It could have to do with their decidedly human-like behavior with their young. Female manatees have been known to cradle their pups in their flippers while nursing. Add to this a behaviour known as spy-hopping, whereby a manatee rises vertically out of the water to check things out at the surface, and it’s easy to see how a sailor might mistake this curious sight for a siren, especially after months at sea.

Even famed explorer Christopher Columbus reported seeing mermaids. In 1493 he wrote in his journals about spotting three mermaids from aboard his fleet to the Americas. This is one of the earliest European accounts of a manatee sighting, though it was hardly complimentary to the manatees: they are “not half as beautiful as they are painted.”

Out of all the sea monsters of legend, few are as fearsome as the kraken.

The kraken is a terrifying sea monster said to live off the coasts of Norway and Greenland – it is described as a vast creature with giant tentacles, all the better to drag fishermen or even entire ships of sailors to their death beneath the waves. The kraken is hard to detect, because it lurks under boats in the dark of the water, but it was said that if fishermen suddenly started catching a great many fish, it was because the kraken had scared them to the surface, and was ready to attack.

Once the kraken sinks back below the surface, the real trouble starts: its massive size was said to create a colossal whirlpool, taking anything still at the surface down with it.

That’s definitely the stuff of nightmares. The good news is that the kraken does not exist. The giant squid, however, is a real animal, and was likely the inspiration for these cautionary tales. 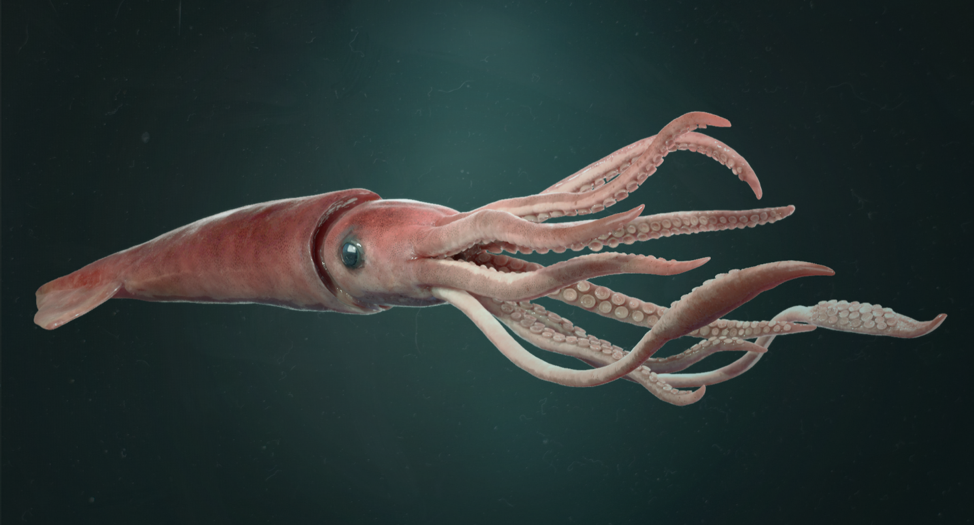 The existence of giant squid was confirmed by Danish naturalist Japetus Steenstrup in 1857; he named it Architeuthis dux, which translates as “ruling squid” in Latin. Today there are 21 confirmed species of giant squid. They can grow up to 15 metres, including their tentacles. That’s huge, but not likely to take down any ships.

The giant squid is elusive, so its maximum size is still hotly debated. It lives at depths of up to 1,000 metres, probably in order to avoid making a tasty snack for its top predator – the deep-diving sperm whale.

In the earliest days of sailing, encounters with whales led to strange stories and the creation of the myth of the Leviathan, which manifested in different ways. To some the Leviathan was a giant fish. To others, it was a serpent, crocodile or marine mammal. In some versions of the legend, it was a monstrous whale (called the Devil Whale) that lay asleep in the water and was frequently mistaken for an island. But when sailors stepped aboard to prepare their dinner on land, the great whale would wake, and sink below the surface, bringing the sailors and their ship with it.

Another version, the prister, was described as being “two hundred cubits long, and very cruel.” It had two blowholes, which could fire onto ships like water cannons. How to defeat this fearsome beast? Try sounding a trumpet, in order to startle it away. Obviously.

These tales were likely inspired by real-life encounters with whales – both alive and dead. The sperm whale – the largest toothed predator in the world, at up to 67 feet long – has been known to strand itself on shallow beaches, and was likely the source of many legends of sea monsters. It should also be noted that baleen whales like blue and fin whales have two blowholes – they too seem to be an inspiration for this fearsome beast.

Lastly, no exploration of sea monsters would be complete without mentioning the sea serpent. A sea serpent or sea dragon was a type of dragon described in various mythologies. They were imagined as huge, toothy, serpentine monsters. 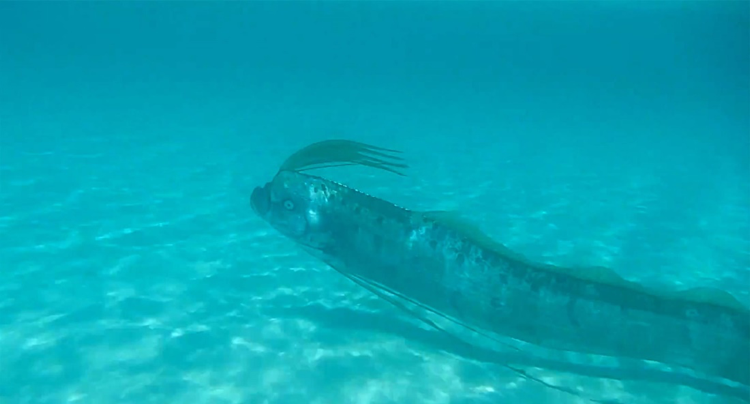 The possible real-life inspiration for these tales – the oarfish – is almost as fantastic as the legends themselves. First described in 1772, the oarfish is the longest (known) living species of bony fish, at up to 56 feet long and weighing up to 600 pounds. Like the giant squid, oarfish are deep-dwelling animals, thought to live at a depth of 1,000 metres, and sightings of living oarfish are rare.

They are known as the “king of the herrings,” due to their resemblance to those smaller fish. Despite their massive size and monstrous looks, they are not dangerous – they eat plankton and have a tiny gullet! Still, sometimes oarfish get pushed to the surface by storms or strong currents, where they can become distressed and die. It’s not hard to see why a sputtering, squirming oarfish might have been thought of as a terrifying sea serpent.

Are you feeling curious? Swim by the aquarium to visit our Curious Creatures exhibit and learn more about the strange and bizarre animals living below the surface.