Have you heard the news? The royal baby has arrived!

That’s right, Prince Harry and the Duchess of Sussex–a.k.a. Meghan Markle–have welcomed their first child, and that people are excited about it. Even the London Eye–the famous landmark along the River Thames–has been lit up with the colours of the Union Jack to celebrate the little one’s arrival.

We at the aquarium would like to celebrate the “o-fish-al” arrival of the seventh in line to the Crown in our own special way, by checking in with some of our favourite royals under the sea. 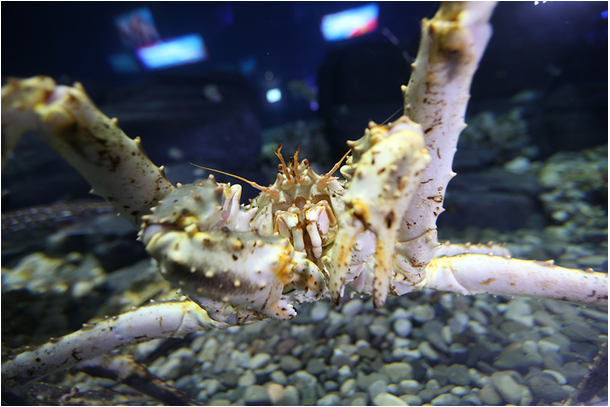 The undisputed ruler of the crustaceans is…the red king crab! This giant decapod (that means that it has 10 legs) is one of the largest crustaceans in the ocean. Adult king crabs can have a leg-span of nearly five feet, and can weigh over 20 pounds. This makes them a coveted prize for anglers, but they also play an important role as the ocean’s clean-up crew. Red king crabs are scavengers; they eat dead and decaying plant and animal matter on the ocean floor.

Like all decapods, the shell of the red king crab is in fact its skeleton, which covers the outside of its body. This exoskeleton does not expand as the crab grows, so red king crabs must shed (molt) their old shells in order to grow, revealing a new, larger shell underneath. This new shell is soft for a time and leaves the red king crab open to predation–it’s not easy being king! 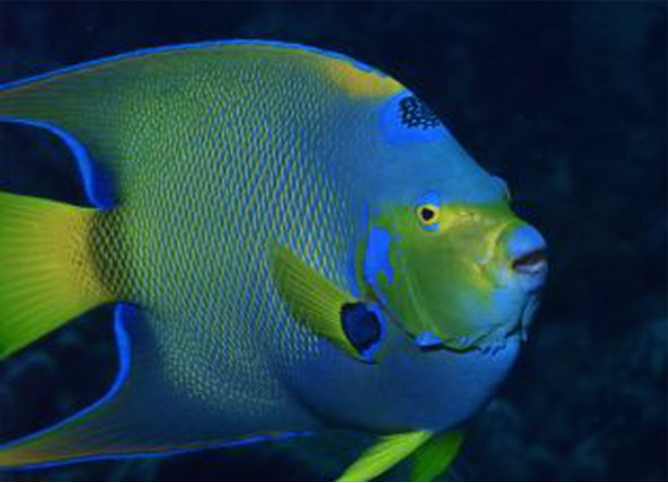 The queen angelfish is downright iconic. With her yellow, green and blue colouration, the queen angelfish is one of the most eye-catching fish in the already rainbow-coloured coral reefs of the Caribbean. Her name comes from the dark splotch of colour on her head, which makes her look as though she’s wearing a crown.

Queen angelfish are foragers–they eat everything from sponges to algae to coral. Juvenile queen angelfish have also been known to clean parasites and eat loose scales off much larger fish.

Every queen (angelfish) has her king–queen angelfish live in pairs year-round, suggesting a monogamous bond.

The emperor angelfish is a master of disguise, in more ways than one. The adult emperor angelfish (right image) is patterned in a way designed to confuse predators, with alternating blue and yellow stripes and a dark band across its eyes. Its colours as a juvenile (left image) are so different–dark blue with white and blue rings–that the two were once considered to be two completely different species!

Male emperor angelfish are territorial. While a few females might cohabitate peacefully with a single male, he will attack any other male angelfish that tries to enter their living space. This emperor doesn’t like to share his court! 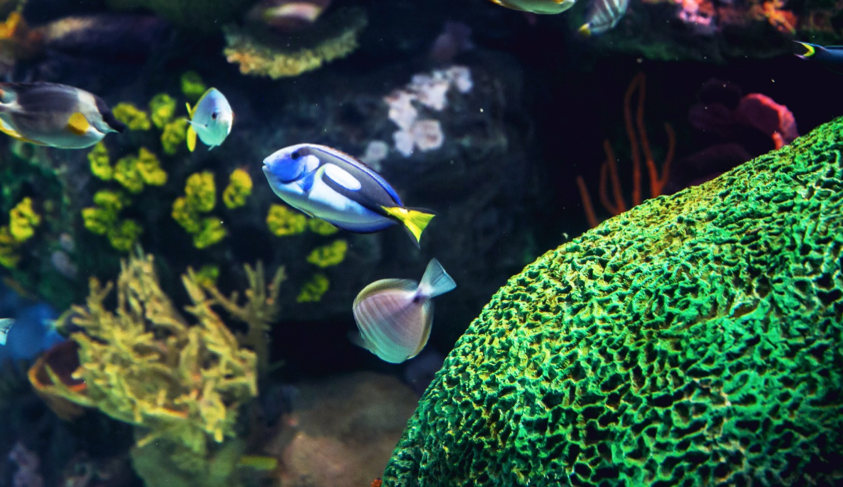 That’s right, it’s Dory! Not only is her common name decidedly regal, but she’s Hollywood royalty! Dory has many aliases, including the blue surgeonfish and palette surgeonfish. Her regal common name comes from her royal blue colouration.

Regal blue tangs are important for the health of the reefs they live in, because they eat away at the algae that might otherwise grow on and cover the coral, affecting its ability to photosynthesize.

The name surgeonfish comes from the sharp spines that line the tang’s back and tail–so sharp that they have been compared to a surgeon’s scalpel. Male regal blue tangs establish dominance by “fencing” with their caudal spines, but they have another foolproof way to deter predators–by lying on their side, motionless, essentially “playing dead” until danger has passed. Didn’t Dory try that one in the movies? 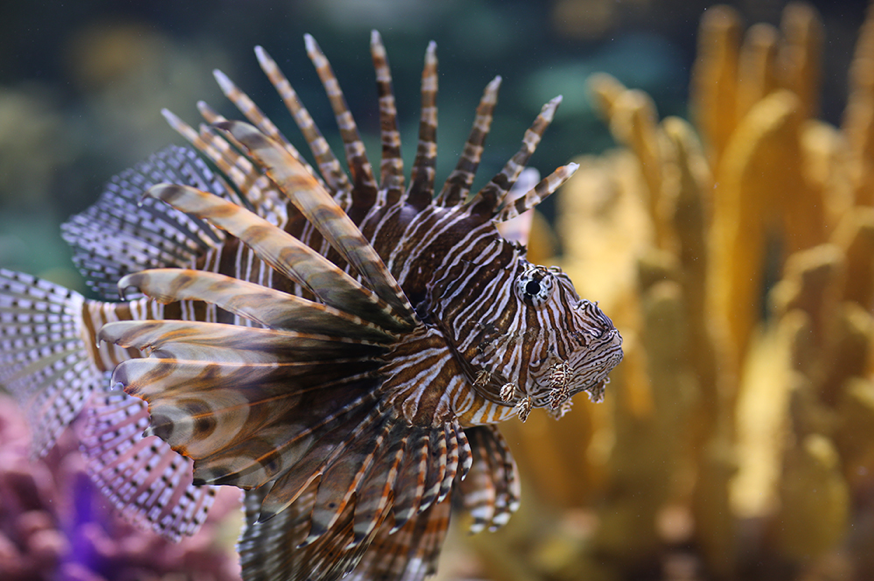 You might wonder why the venomous lionfish has made this royal list–what’s so royal about a lion? Well, apart from being the undisputed king of the jungle, the lion is in fact the national animal of England, and has long represented the British royal family!

Everything about the lionfish warns you not to touch it–its red and white stripes, its long, showy fins… And for good reason. The lionfish is able to defend itself with 18 needle-like dorsal spines, which deliver a painful dose of venom if touched.

The lionfish is an excellent hunter–its huge mouth is perfect for gobbling up prey, and it can use its fanned pectoral fins to steer prey until they are trapped. This has made the lionfish a problematic species in parts of the world that it is not native to. The lionfish’s hunting prowess, quick reproduction rates and adaptability have made it an invasive species in the Caribbean and southeastern coast of the United States.

So welcome, Royal Baby! And remember, cod save the Queen!