We’ve all heard the classification of a species as invasive. Let’s explore the magical, mystical world of invasive species and why it’s cause for concern!

What exactly does invasive mean and what makes a species invasive?

Invasive species can be classified as any non-native species that causes harm to local species. That means any living organism that is not normally found in an area, but is brought into that ecosystem and begins destroying the inhabitants of the new ecosystem.

How do species invade? Do they plot to enter a new ecosystem, like by stealthily travelling through a drainage system?

Well, no. Most invasive species arrive at their new ecosystem by unsuspecting humans (whomp, whomp). Humans have gotten very good at travelling long distances in very little time—thanks to air travel, boats, trains etc.—and sometimes we don’t notice that small organisms have hitched a ride. Boats for example, can have aquatic hitchhikers in their ballast water or on their propellers and unknowingly bring them to a new habitat. Some people may even, intentionally or accidently, release a once beloved pet into a non-native ecosystem. Last but not least in the trifecta is climate change. Changing temperatures and precipitation patterns are forcing many species of flora to move to new locations. 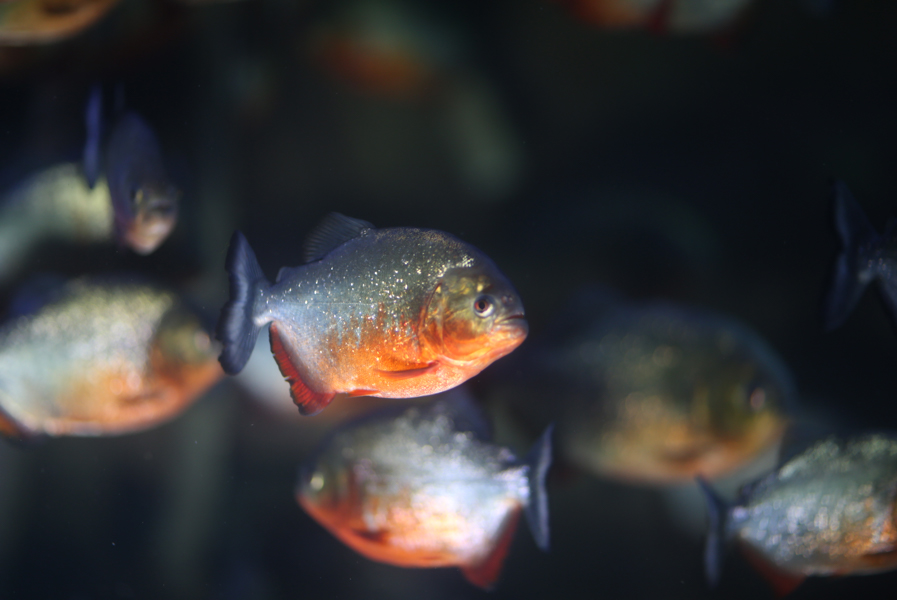 Did you know that piranhas have been found in some of the Great Lakes? Although the winter temperature is too cold for their survival, their appearance was likely due an intentional or accidental release.

Once they have invaded, what makes them so good at staying in a new location?

Invasive species have several traits that make them successful at inhabiting new locations. First, they must adapt quickly and well to the ecosystem in which they are introduced. If they don’t adapt, they won’t survive and thrive. Secondly, they need to reproduce quickly and effectively, resulting in a large number of offspring. Last but not least, invaders must be strong competitors. Invasive species wreak havoc on new ecosystems because they outcompete local species for resources such as food, space, or sunlight (in the case of plants).

Currently an estimated 42 percent of threatened or endangered species are classified as such due to invasive species. 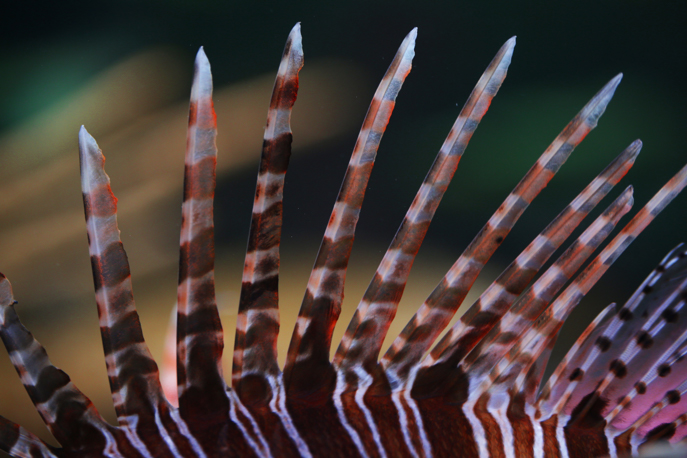 I’m an invader, can you guess what I am?

One example of a successful invader you can find at the Aquarium is the lionfish.  Lionfish are native to the Indo-Pacific region, but have invaded areas throughout the eastern United States and Caribbean. Lionfish have all the traits we just listed. They are very tolerant fish, females can lay eggs year-round—close to two million eggs per year—and they are top predators in the reef environment. Lionfish will consume over 50 different types of fish, sometimes even fish that are half of their body size. Plus, they can expand their stomach 30 times its normal size! Lionfish can decimate the reefs they invade in a very short amount of time. To help combat the lionfish populations, some areas of the Caribbean host fishing derbies in an effort to reduce their population. 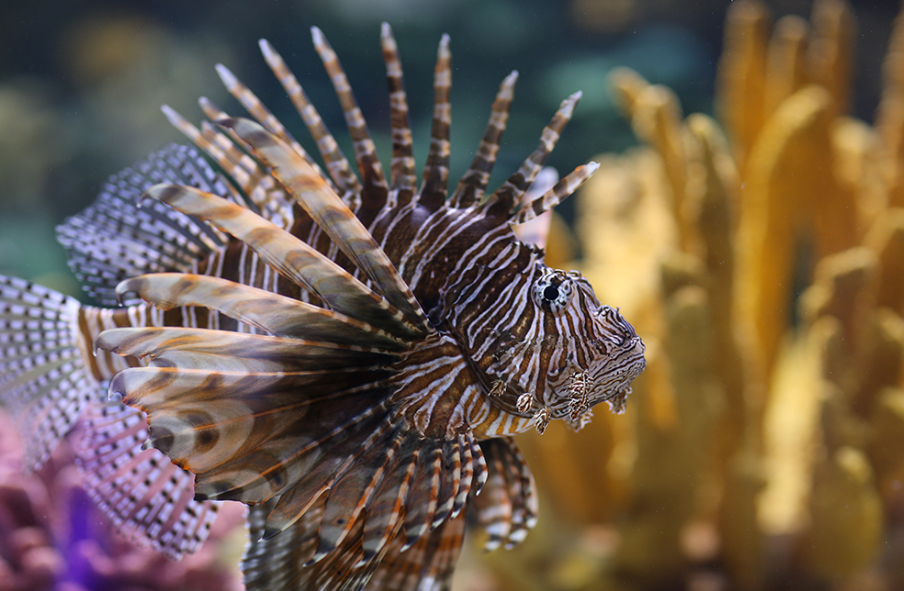 If you’d like to learn more, check out a previous Deep Sea Diary here: Fighting the Invasion: RAOC at the Lionfish Invitational