Fighting the Invasion: RAOC at the Lionfish Invitational

There’s no doubt of the lionfish’s beauty. It’s written in their stunning red and white striped colouration, and the fanciful sway of their fins.

But as with so many things in nature, that beauty is a warning. The lionfish has 18 long, needle-like spines that deliver a painful dose of venom if touched. It’s an excellent defense against predators, and a real headache for humans–while not fatal, lionfish venom has been known to cause extreme pain, as well as headaches, vomiting, and paralysis. 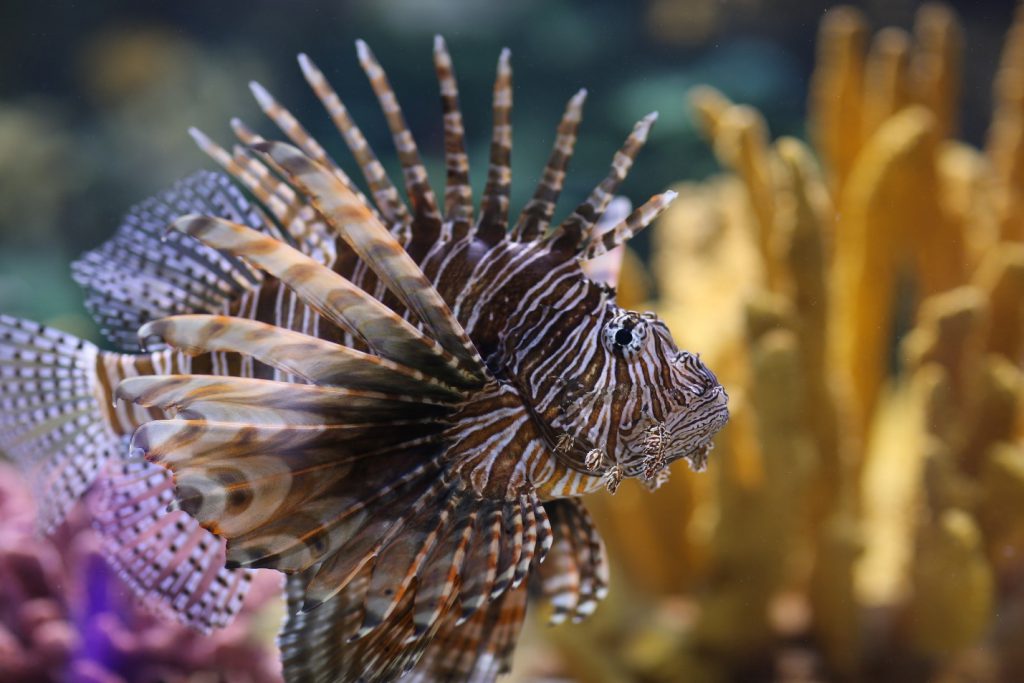 There’s something else deceptive in the beauty of the lionfish–in certain parts of the world, they are destroying the colourful diversity of coral reefs.

Lionfish are native to the Indo-Pacific Ocean, where they are kept in balance by predators such as large fish and sharks. However, due to its popularity in the aquarium industry, this fish was introduced off the southeastern coast of the United States and in the Caribbean, where it has become an invasive species.

How did this happen? The answer is threefold.

Why is that such a problem? A single lionfish can consume 80 to 90 percent of native life in small coral reef environments within just five weeks of establishing its territory there. This is wreaking havoc on these fragile underwater ecosystems.

It’s a grim picture, but luckily, scientists and conservationists–including members of the team here at Ripley’s Aquarium of Canada–are taking steps to help combat the so-called “lionfish problem.” 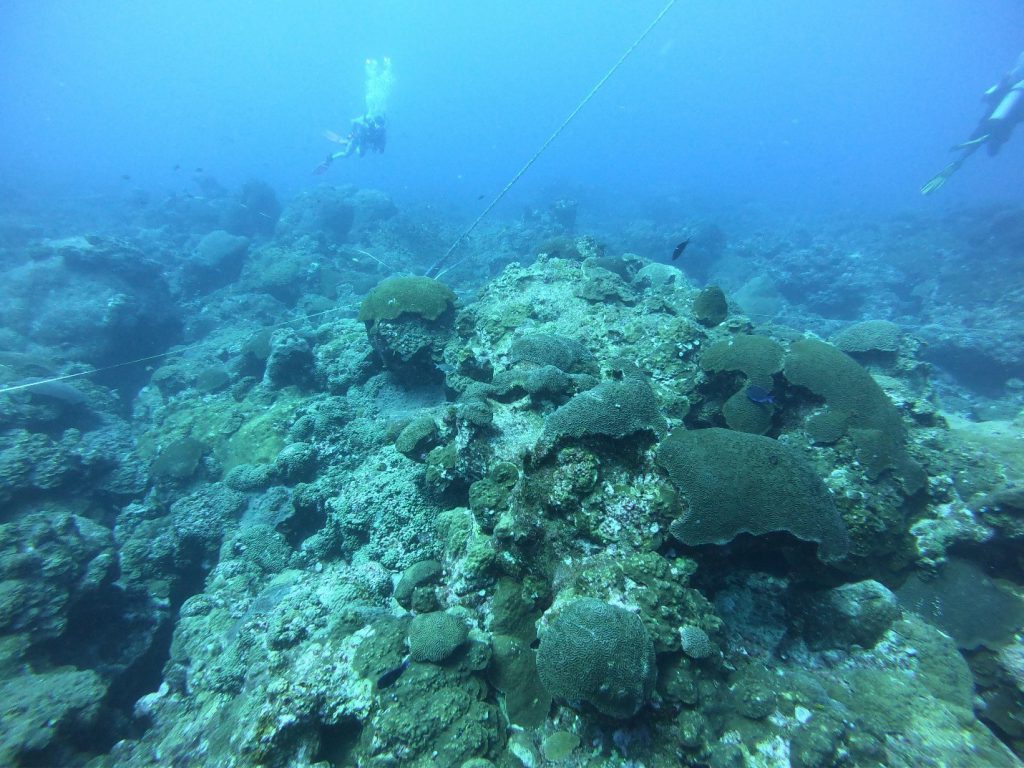 In August of 2019, Ripley’s joined trained volunteer divers and research partners from Canada, the United States and the Caribbean for the sixth annual Lionfish Invitational at the Flower Garden Banks National Marine Sanctuary in the Gulf of Mexico.

This event sends teams of divers into the sanctuary to remove as many lionfish as possible through spearfishing. This practice is typically illegal in the sanctuary, but special permits are issued to the team for the duration of the event. 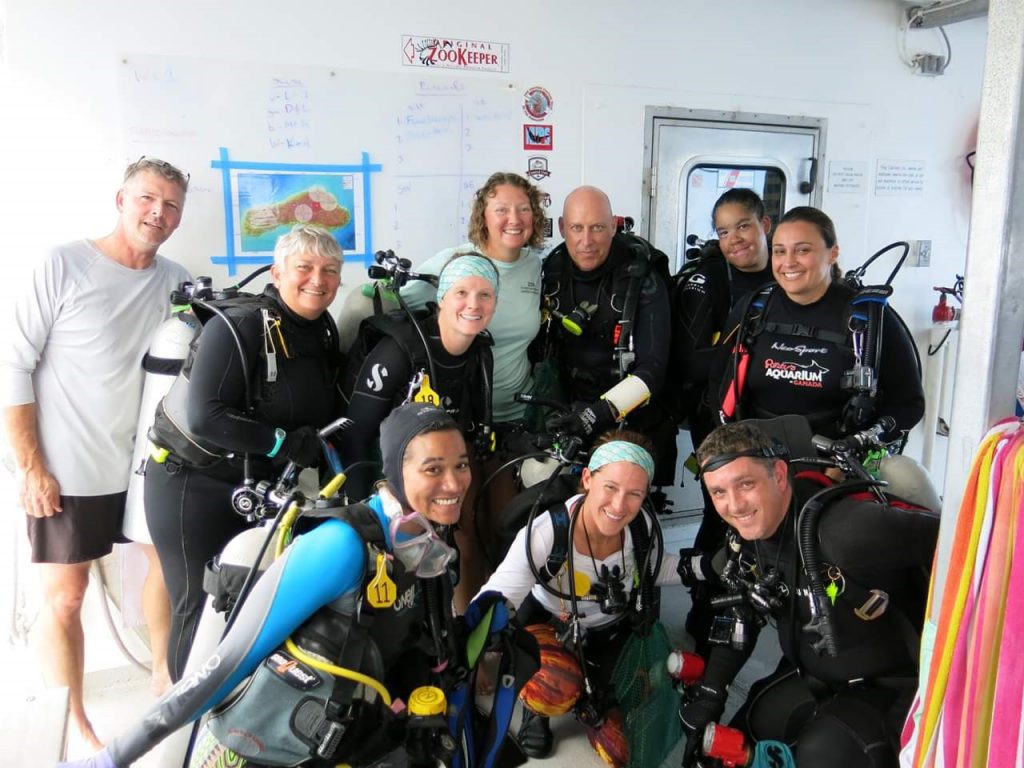 Lionfish caught are counted, measured, bagged and tagged, before being sent to a lab for further analysis, including their age, growth patterns, genetics and stomach contents.

Not only does this annual event help to relieve the overpopulation of invasive lionfish in the Gulf, but it also serves to further scientific knowledge of the effects of lionfish populations on native species and their habitats.

This year, a 22-diver team removed 122 lionfish over the course of four days. Despite the skill of these divers, this represents the least amount of lionfish removed from any Invitational to date. 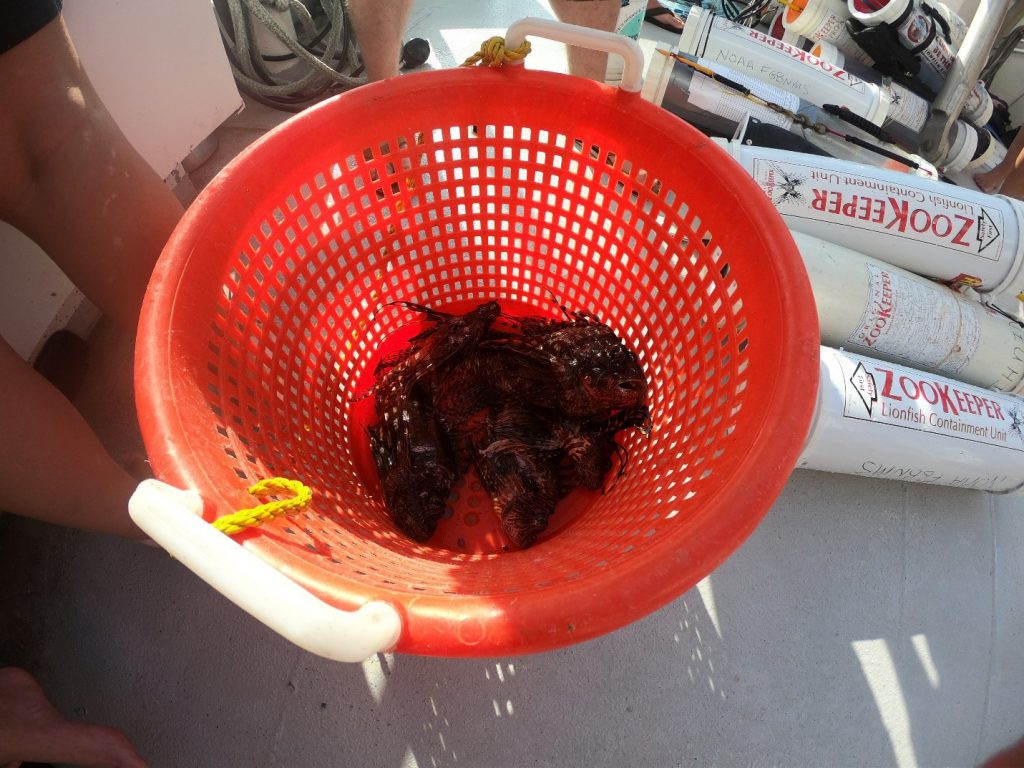 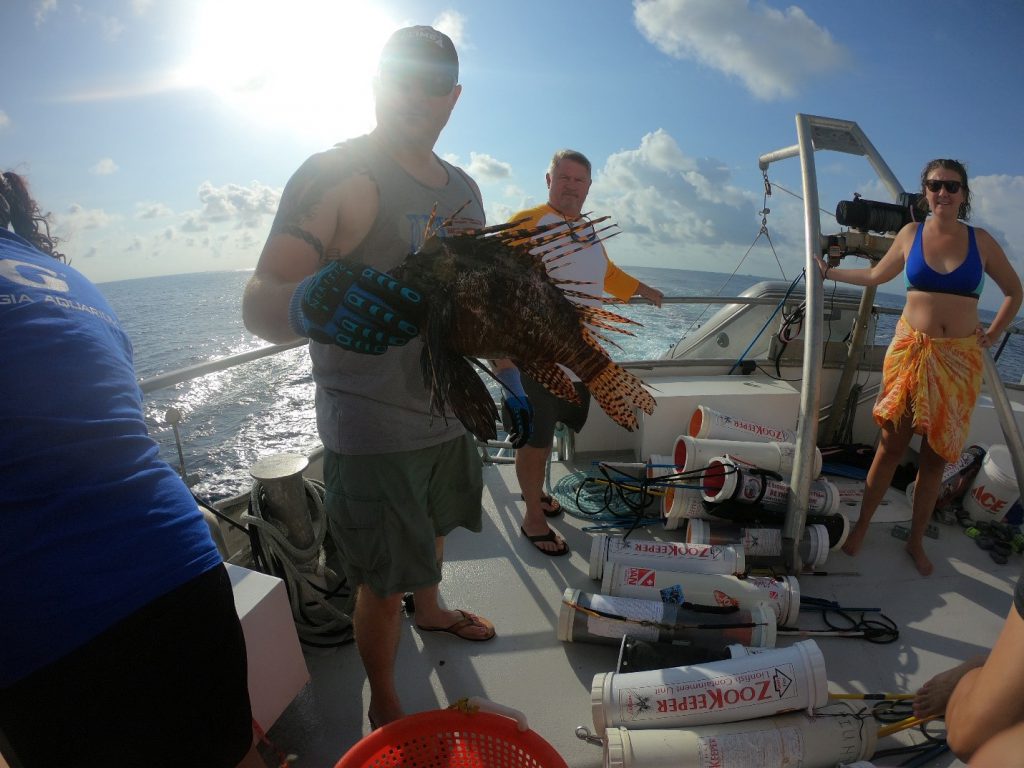 This could be good news in terms of restoring balance in Flower Garden Banks, but continued monitoring and removals of lionfish will be essential to assessing their population and the health of ecosystems in the region, and beyond.