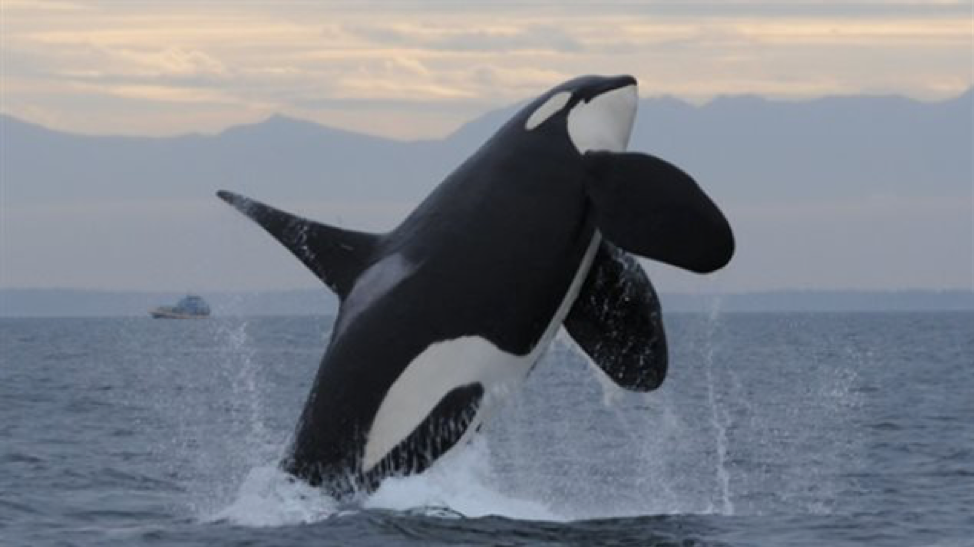 For many, the orca (or killer whale, which is in fact the largest species of dolphin) is a symbol of the beauty and diversity of the Canadian Pacific.

The Southern Resident orcas live in the Salish Sea between Vancouver Island and Northern California. This group–which is comprised of three pods (J, K and L pods)–is well-known and well-loved in British Columbia. Tourists come from around the world to BC to whale-watch and locals report the annual comings and goings of the whales to research groups.

Unfortunately, this beloved population of whales is currently in crisis.

As of October 2018, there are only 74 Southern Resident orcas remaining

(down 24% from their population high of 98 whales in 1995). In August a mother orca lost her newborn calf to starvation and carried it with her for 17 days. A month later a juvenile male died after growing emaciated and falling behind the rest of his pod. Scientists are now concerned that due to the high mortality and slow reproduction rates among these whales, the Southern Resident population could be facing extinction.

The issues affecting orcas are those affecting many ocean species, but the specialized nature of their diet means that the Southern Residents are especially susceptible.

Other orca ecotypes have a diet comprised of marine mammals and other large prey in addition to fish. But due to their reliance on chinook salmon as a primary food source, the decline of salmon in the Salish Sea (by 60% since 1984) has led to malnutrition and starvation among the Resident population. The salmon are disappearing due to traditional migratory runs being blocked by dams, habitat loss, interbreeding with hatchery fish and overfishing.

In addition to the decline of salmon, the increase in underwater noise in the Salish Sea–due to ship traffic, construction and the use of sonar–has affected the orcas’ ability to hunt using echolocation and communicate effectively with one another while hunting.

Finally, as a top predator, orcas are particularly affected by bioaccumulation from pollution.

When chemicals leak into the ocean, they become concentrated up the food chain (bioaccumulate), meaning that orcas are some of the most contaminated animals on earth. High concentrations can damage reproductive organs and the immune system, as well as cause cancer. Fat-rich milk from mothers then passes that contamination to calves at alarming levels.

What can you do?

Although we don’t have orcas here at Ripley’s Aquarium of Canada, they are an indicator species–a signal of what is happening to marine life across the planet. The issues affecting orcas are the same ones negatively impacting many of our favourite aquarium species, like sharks, sea turtles and stingrays. 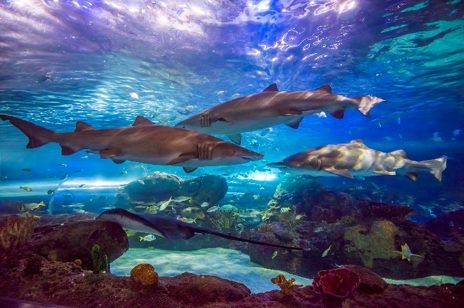 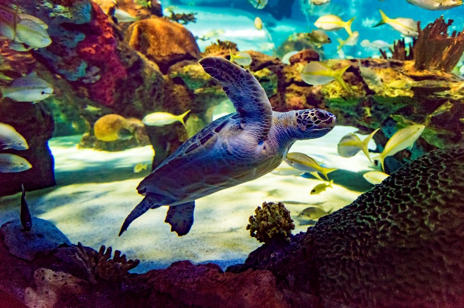 This crisis serves as an example of what can happen when all of these issues compound to affect the health and lifestyles of one species. The ball is already rolling–we have to act quickly to save our orcas and, as a result, the species we know and love at RAOC.

Here’s what you can do to help: